Originally called Alternatives for Independent Development, Thomas Allen began in 1977 when David Peterman saw the need for programs that would provide people with disabilities the opportunity to live more independently within the community. Dave’s vision eventually led to both the Horizon Apartments opening in West St. Paul, Minnesota and the company’s first Semi Independent Living Services contract with Dakota County. As a program manager at these apartments, James Perron developed a strong relationship with Dave, and as the company grew so did Jim’s role in the company. In 1984, the two men officially became business partners with the common goal of providing residential apartment training/living services to higher functioning adults with developmental disabilities. The following years led to the expansion of services provided to people with a wide range of needs. In 1987, James Thomas Perron and David Allen Peterman changed the name of their partnership to Thomas Allen, Incorporated. Today, Thomas Allen employs over 700 people and provides a wide variety of services to nearly 5,000 individuals throughout Minnesota. By retaining the core values that originally led to the relationship between Jim and Dave, and by continuously adapting to meet changing needs, Thomas Allen has grown into an industry leader centered on the people we serve. 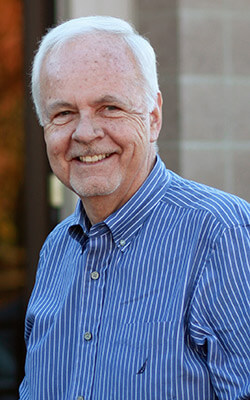 Dave received his Master’s degree in Accounting and from 1968-1977 worked as an auditor for the Department of Defense. In 1974, as a volunteer at a large group home in Eagan, Dave was part of one of the first large community facilities that started the process of moving individuals out of Minnesota’s State Hospitals. During this time, he began to realize the possibilities for people to live more independently within the general community and created his original company, Alternatives for Independent Development (A.I.D). As a very small operation, he was the owner of the company while also providing on-going daily support and training to the individuals served. His experiences with A.I.D. helped Dave to develop the framework that Thomas Allen would use to successfully expand over the following years.

Jim was originally a Program Manager at Thomas Allen’s first apartments, yet his calling to serve others developed years before while he worked with individuals that faced learning challenges. After obtaining his Master’s degree in Human Service Administration, James had a desire to change the way services were delivered in Minnesota. As a visionary leader at Thomas Allen, he has helped in the expansion of services provided, ensuring high quality service, while continuing to promote the dignity and worth of each person served. His experience over the years, along with a dedication to helping individuals live the highest quality of life possible while living as independently as possible, has had a significant role in the success of Thomas Allen providing the various person-centered services that it offers today. 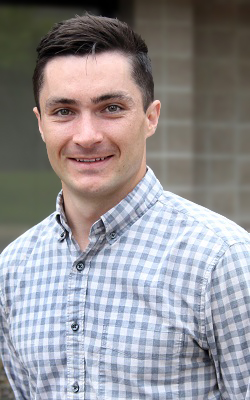 Jesse began working at Thomas Allen in 2012 in the Finance division. In 2014, Jesse was appointed Operations Director. Though continuing some work in Finance, his duties extended into new areas. In communicating with numerous departments, he gained valuable strategic insight from the different leaders at Thomas Allen to ensure the day-to-day operations ran smoothly. As of April 1, 2017 Jesse became a third owner of Thomas Allen. Jesse has a B.A. degree in Economics/Management from the University of Minnesota.